When the 2019 novel coronavirus disease (COVID-19) began spreading throughout the United States another issue quickly rose with it: an increase in xenophobia and racism towards people of East Asian ethnicities.
Similar to many other viruses, people have called COVID-19 the “Chinese Virus” based on its place of origin. The first known case was in Wuhan, the capital city of the Hubei province of China. However, according to the World Health Organization (WHO), naming viruses this way can create negative impressions on certain cultural and ethnic groups.

Vivian Xu, a student at Cornell University, who now resides in Richmond, Virginia, grew up in Wuhan.
“I consider that place as my hometown, and it started to frustrate me from the very beginning, knowing that somehow that I will be experiencing hate just because of who I am.” Xu said.
When COVID-19 began to gain attention in the United States, Xu recalled a change from her usual walks through her neighborhood. People who were usually friendly didn’t say “Hi” to her anymore. Instead, they avoided her.
“People from Wuhan were experiencing some kind of discrimination from the people in the other parts of China.” Xu said. “Now it’s...in America and [in] the rest of the world it’s a bigger issue for Chinese people and Asian people in general.”
WHO named the disease COVID-19 based on the World Health Organization Best Practices for the Naming of New Human Infectious Diseases released in 2015. This document says that WHO has identified the best practices for the naming of new human diseases, with the aim to minimize unnecessary negative impact of disease names on trade, travel, tourism or animal welfare, and to avoid causing offense to any cultural, social, national, regional, professional or ethnic groups. 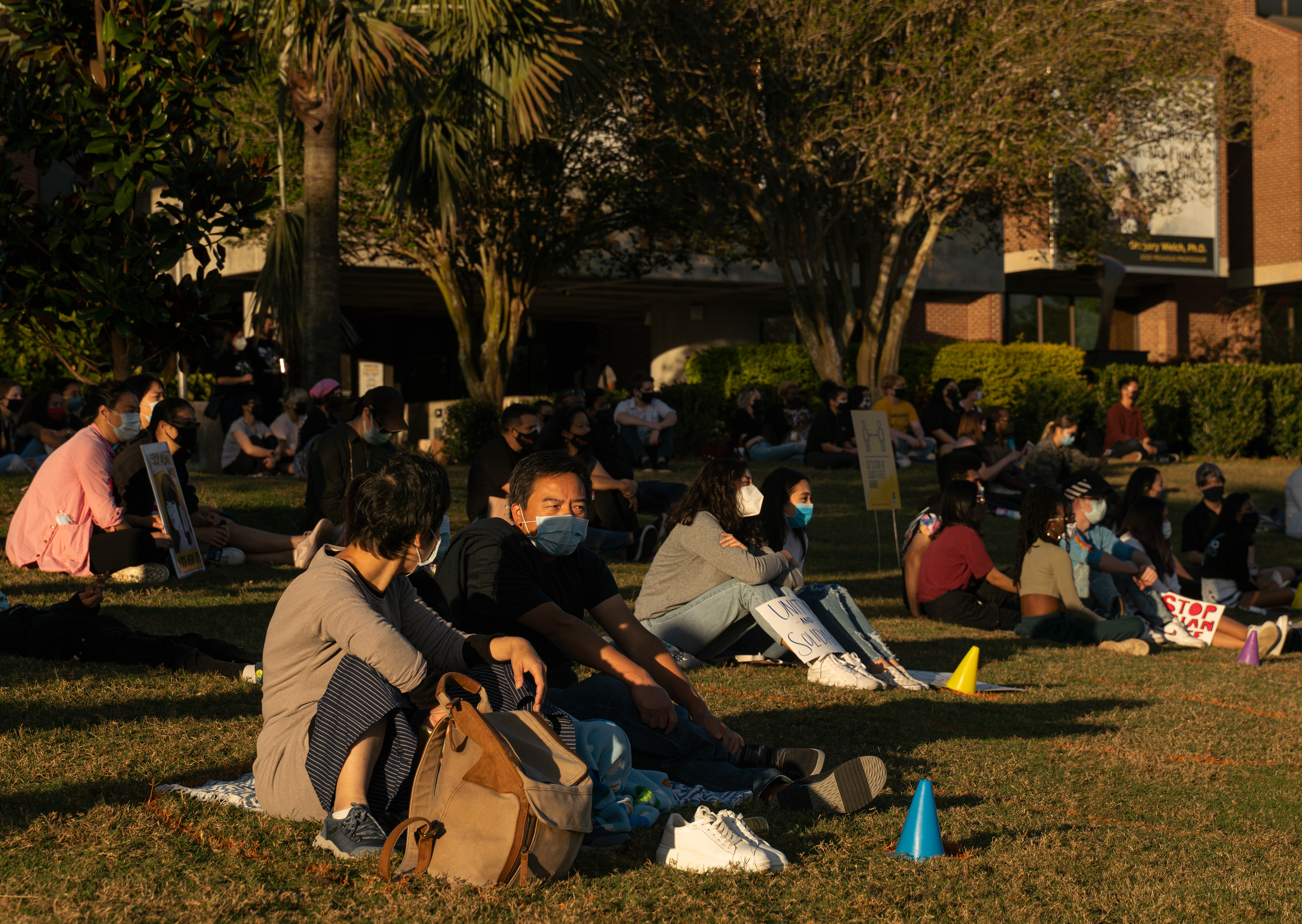 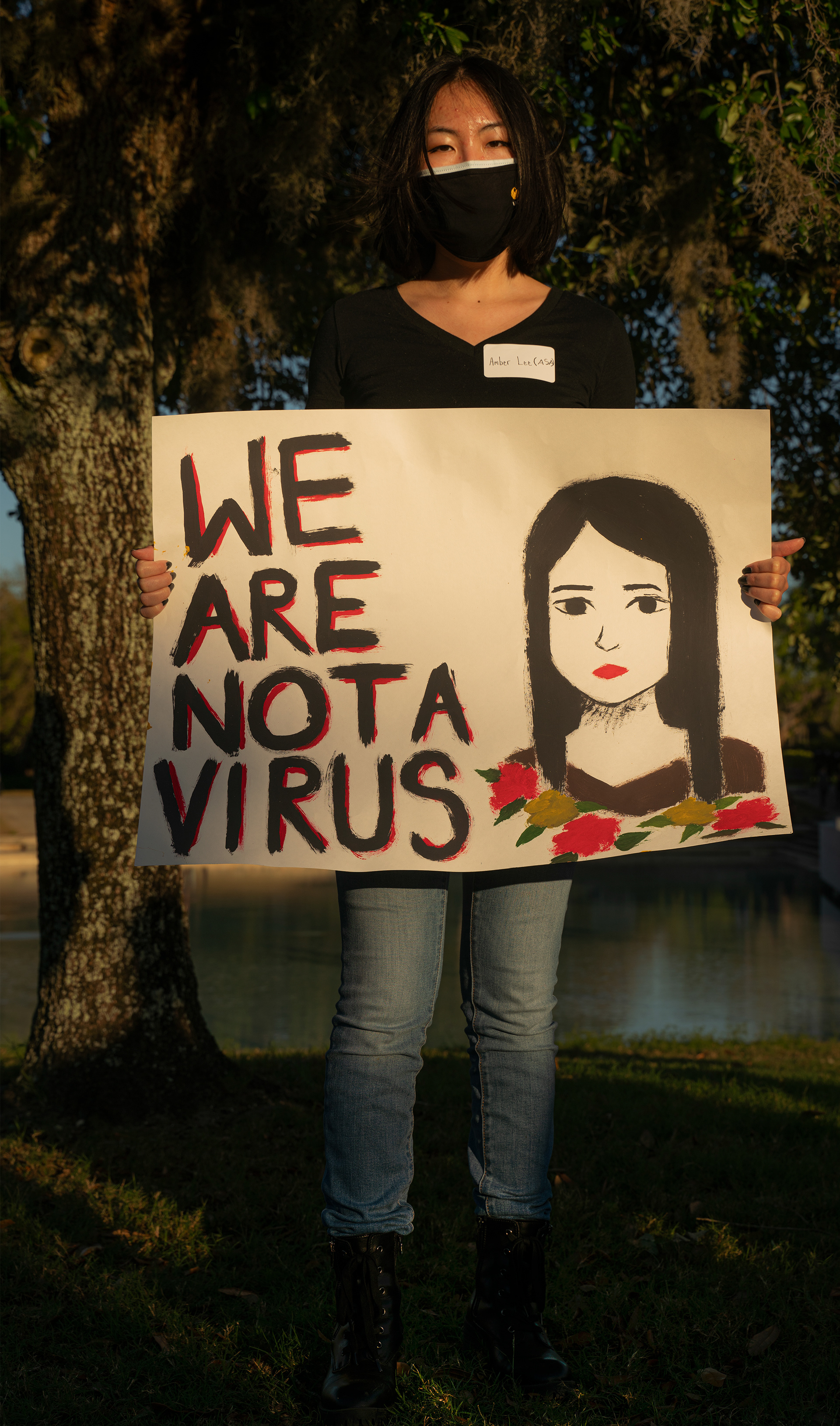 Despite COVID-19’s official name, on March 16, 2020 President Donald Trump tweeted, “The United States will be powerfully supporting those industries, like Airlines and others, that are particularly affected by the Chinese Virus. We will be stronger than ever before!”
This was the first time he would call COVID-19 the “Chinese Virus.” Before this he referred to COVID-19 as a “foreign virus.” Since then he referred to COVID-19 as the “Chinese Virus” or “China Virus” on numerous occasions.
Charissa Cheah, a psychology professor at the University of Maryland Baltimore County who is leading a study of coronavirus related discrimination against Chinese Americans, commented on Trump’s naming of COVID-19.
Trump is “essentially throwing his American citizens or residents of Chinese and Asian descent ‘under the bus’ by ignoring the consequences of the language he uses,” Cheah said. “He’s fueling these anti-Chinese sentiments among Americans...not caring that the people who will truly suffer the most are Chinese Americans and other Asian Americans, his citizens whom he’s supposed to protect.”

The anti-Asian sentiment that has become the headline of recent news stories is nothing new to Asian Americans. Chinese Americans specifically have a history of facing discrimination in the U.S.
The Chinese Exclusion Act of 1882  prohibited the immigration of Chinese laborers for ten years beginning in May of 1882. It was extended in 1892 for another ten years by the Geary Act and then made permanent in 1902. The Chinese Exclusion Act of 1882 was finally repealed in 1943 when China and the U.S. were allies during World War II.
Today’s signs of xenophobia come in growth of hate crimes against Asian Americans as COVID-19 cases have grown.

John Cho, a Korean American actor spoke out about recent anti-Asian sentiments in the Los Angeles Times. “The pandemic is reminding us that our belonging is conditional. One moment we are Americans, the next we are all foreigners, who “brought” the virus here.” Cho said.
On March 19, 2020 various Asian American Pacific Islander (AAPI) Civil Rights Organizations, which include the Asian Pacific Planning and Policy Council (A3PCON) and Chinese For Affirmative Action (CAA), launched the STOP AAPI Reporting Center. This center releases weekly reports of incidents of coronavirus related dicrimination against Asian Americans.
STOP AAPI reported 673 incidents related to coronavirus discrimination against Asian Americans the week of March 19, 2020 to March 25, 2020. The report also said that Asian Americans of different ethnicities are racially profiled, with 61 percent of incidents reported by non-Chinese people.
The report also noted that all U.S. states had at least one reported incident with the most cases in California and New York.
Since then there have been 1,497 reported incidents related to coronavirus discrimnation against Asian Americans. Types of discrimination include being barred from establishments and transportation, being coughed or spat on, online comments, physical assault, shunning, verbal harassment, and workplace discrimnation.

Cynthia Choi, co-executive director of CAA said, “Our task ahead of us is to provide resources and information for impacted communities. We also need to mobilize community groups and to demand greater accountability from government agencies and leaders to address anti-Asian racism. In times of crisis and longer term, we need to work alongside other communities that are targeted to get at the underlying causes of hate.”
WHO requested in a Tweet early on in March that names such as the “Wuhan Virus, “Chinese Virus”, and “Asian Virus” be avoided.
“When talking about #COVID19, certain words & language may have a negative meaning for people and fuel stigmatizing attitudes. These words & language can perpetuate negative stereotypes or assumptions, strengthen false associations between #COVID19 & other factors, create widespread fear, or dehumanise those who have the disease.” the WHO Tweet added.
During a daily press briefing on March 18, 2020, when asked about his use of the term “Chinese Virus”, President Trump said that he did not think it was racist at all.
“It comes from China, that’s why.” Trump said.

According to a poll by the Center for Public Integrity and research company Ipsos, 32 percent of people witnessed someone blaming Asian people for the coronavirus pandemic. Additionally, 24 percent of people said they would be concerned about coming in close contact with someone of Asian ethnicity in public.
Three days ago marked the beginning of Asian American and Pacific Islander Heritage month. The Smithsonian Asian Pacific American Center announced that this year the month of May will be dedicated to fighting against xenophobia toward Asian Americans.
Many other organizations, including Teaching Tolerance, have advocated for Asian Americans. This organization released an article on how to respond to coronavirus racism, acknowledging that COVID-19 is not related to ethnicity and “the truth is that racist and xenophobic words have real-world effects.”
A year after the United States halted businesses, schools and everyday life due to COVID-19 anti-Asian sentiment continued to grow. On Mar. 16, 2021 a shooting spree occurred in the Atlanta metropolitan area, where Asian women were targeted. Six of the eight people killed were women of Asian descent. Police departments in several American cities have increased patrols amid a rise in hate crimes targeting Asian people. Nearly 3,800 hate incidents targeting Asian-Americans have been reported nationwide since March of 2020 according to Stop AAPI Hate.
A week later, on Mar. 23, 2021 a vigil was held at the UCF Reflecting Pond in Orlando, Fla. to honor all anti-Asian hate victims, including the people in Atlanta who were killed on Mar. 16, 2021. The event was organized by the UCF Social Justice and Advocacy Department, UCF Student Government, UCF Asian Pacific American Coalition, and Orlando community activists.
People came to support the AAPI community during this time and to acknowledge the racism and xenophobia of Asians in the United States since its beginning. The event included speakers who voiced their experience as Asian Americans and a lantern ceremony at dusk.